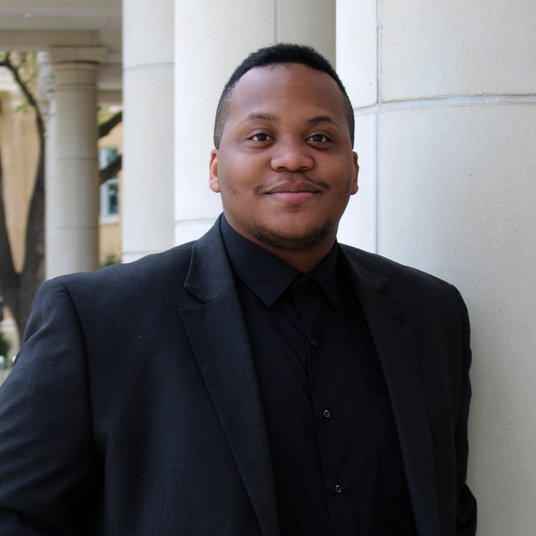 For the second year, The PYO Music Institute (PYO) conducted a nationwide search to name the three winners in the PYO Young Composers Competition. There were 54 entries by composers ages 18 to 22 who submitted original orchestral scores. The winners were selected by PYO’s music director, Maestro Louis Scaglione, and the director of the Young Composers Competition, Sheridan Seyfried, who is a Philadelphia-based composer, and a PYO alumnus as well as a graduate of The Curtis Institute of Music where he studied with Richard Danielpour, Jennifer Higdon and Ned Rorem.

This year’s Grand Prize winner is Kevin Day, a composer, conductor, and multi-instrumentalist from Arlington, Texas who is a senior at Texas Christian University. His piece is titled “Manhattan Nights for Symphony Orchestra”. Day describes Manhattan Nights as the brisk, chaotic, and hectic commute of the city, the beauty of the skyscrapers, and a depiction of the eclectic jazz music scene. He said, “This was fun for me to write, and I hope that audience will enjoy this depiction of ‘the city that never sleeps.’” He will receive a cash prize of $2,000 and PYO will premiere his piece on June 10, 2018 at PYO’s 78th Annual Festival Concert in Verizon Hall at the Kimmel Center for the Performing Arts in Philadelphia. In addition, it will be professionally recorded for a future WRTI 90.1 broadcast.

The Second Place Winner is Christopher Bell who attends Vanderbilt University and has collaborated with New Dialect Dance company and Nashville Ballet. He will receive a cash prize of $1,000.

The Third Place Winner is Quinn Mason, who studies composition at TCU School of Music. He will receive a $500 cash prize. In 2017, he was named winner in the Texas A&M University Chamber Music Symposium Composition Contest.

PYO is pleased to have had so much interest in the competition this second year. Bringing an important focus on the art of composition for symphony orchestra, Scaglione said, “By creating this nationwide competition, we demonstrate the great value we place on the ability to write original and creative compositions.  With so many entries this year, it’s clear that young people are driven to express themselves through their writing. Many PYO students continue their careers as successful composers, and we hope this competition leads to more opportunities for individuals with the potential of becoming future great music composers.”

Kevin Day is an American composer, conductor, and multi-instrumentalist from Arlington, Texas. He is a senior at Texas Christian University working on finishing his Bachelor of Music Performance degree, while also studying composition. Kevin has composed over 100 works for solos, concert band, orchestra, chamber, and choral groups. His works have been premiered and heard across the United States and receives commissions and premieres in his emerging compositional career. As a musician, Kevin is actively involved as a low brass player, jazz pianist, and in music production. Kevin is an alumnus of the 2016 Disneyland All-American College Band on tuba. His music has been featured at clinics across the U.S. such as the Western International Band Clinic, the National Association for Music Educators All-Northwest Conference, the Midwest Clinic, and the American Bandmasters Association Conference. A multi-award-winning composer, he has composed music for three short films -- A Partial Heart (2015), The Broken Man (2017), and Hello Henry (2018) that have gone on to film contests and festivals. An active conductor, he is currently is the principal conductor of the Next Gen Chamber Players.

Christopher Bell was born in Wilmington, Delaware.  Growing up with two middle school music teachers as parents he became involved in private study, and school ensembles from an early age.  Chris spent two years studying music composition at the Interlochen Arts Academy, where he explored the intersection between composing, songwriting, dance, and theatre.  Currently in his third year at Vanderbilt University, Chris has collaborated with New Dialect Dance company, and Nashville Ballet.  Through Intermission, an art collective which Chris, and his colleagues founded in 2016, his first one act opera "Lizenza" will be performed in Nashville this coming April.

Quinn Mason is currently a student at the TCU School of Music where he studies composition with Dr. Blaise Ferrandino. In June 2015, Quinn was selected as a winner in the American Composers Forum Next Notes High School Competition. In 2016, Quinn was named first place in the Voices of Change 2016 Texas Young Composers project with his piece “Two Fleeting Daydreams”. Quinn was also recently commissioned by Dallas based art song organization Voces Intimae for a song cycle, "Confessions from a Dream", which was premièred in April of 2017. Also in 2017, Quinn was named winner in the Texas A&M University Chamber Music Symposium composition contest. Among his recent notable commissions is a horn sonata for David Cooper (Principal horn of the Berlin Philharmonic) and his Symphony No. 3 for the Dallas based New Texas Symphony Orchestra, as well as a commissioned full length orchestral work for the Dallas Symphony Orchestra to be premiered in 2019.