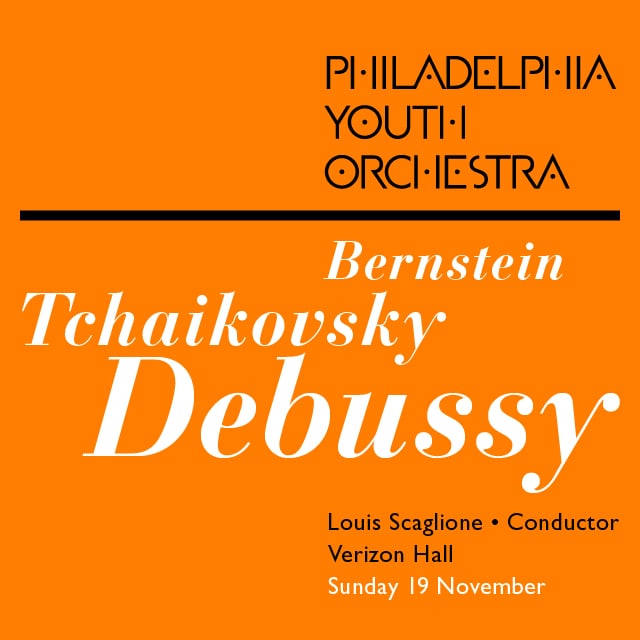 130 PYO Music Institute musicians, ages 14 to 21, launch their 2017-2018 performance season under the baton of Maestro Louis Scaglione on Sunday, November 19, at 3 p.m. The concert will take place in Verizon Hall at The Kimmel Center for the Performing Arts and be recorded for a later date to air on WRTI-FM.

The orchestra will open the program with Bernstein’s Overture to Candide, followed by Debussy’s La Mer, and will conclude with Tchaikovsky’s Fourth Symphony.

Scaglione looks forward to this performance and said, “This is an outstanding group of students who shine as they rehearse with their peers. There is always excitement about the season’s first performance in Verizon Hall and we are pleased we could make this possible for them.”