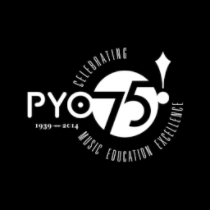 PYO Announces Board of Trustees Updates

PHILADELPHIA, PA (July 15, 2015) – As the PYO Music Institute concludes its 75th Anniversary season, the orchestra’s Board of Trustees elected a new slate of officers, as well as the appointment of a new trustee.  Joseph F. DiMauro, VMD, was elected as the new Chairman, succeeding Frank Giordano.  Carl S. Primavera, Esq., Partner at Klehr, Harrison, Harvey, Branzburg LLP has been elected as a new trustee of the board.

Chairman Joseph F. DiMauro, VMD, a resident of Fort Washington, PA and the owner of Horsham Veterinary Hospital, P.C., is joined by newly elected officers Renee Dillon Johnson, Vice Chair, of Bryn Mawr, PA, a consultant and community volunteer; James M. Matour, Esq., Treasurer, of Philadelphia, who is Partner & Co-Chair, Bankruptcy Group, Dilworth Paxson LLP., and re-elected as Secretary of the Board is MaryTeresa Soltis, Esq. of Philadelphia .The re-elected Trustees are Kenneth Blank of Philadelphia, who is Vice President for Health Sciences, Rowan University; Nancy Moses of Philadelphia, Principal, Nancy Moses Planning + Development and Rick Touhill of Ardmore, PA who is General Manager, of Autowerks Management, and officers as mentioned above, Renee Dillon Johnson and Joseph F. DiMauro.

Carl S. Primavera, Esq., a resident of the Chestnut Hill section of Philadelphia, serves as Chair of Klehr, Harrison, Harvey, Branzburg, LLP, Zoning and Land Use Group.  An active and prominent member of many legal societies and associations, he served as Chancellor of the Philadelphia Bar Association in 2001.

Maestro Louis Scaglione, President and Music Director of PYO shared his appreciation.  He said, “We welcome our new chair Joseph DiMauro, who has been an enthusiastic and supportive board member for years. We acknowledge the great work of our outgoing board chair, Frank Giordano, whose board leadership has helped guide PYO to great success through his tenure.  In addition, we are honored to have Carl Primavera, the son of our late, long-time, music director, Joseph Primavera, serve on our board of trustees.”