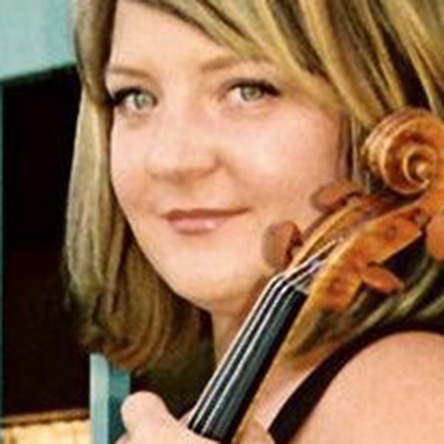 Having spent the past ten years as a member of the Colorado Symphony, PYO alumna and former Concertmaster, Rachel Segal, has recently returned to Philadelphia.  She is currently the Executive Director of the Norman Holland-Hull Instrument Library and The Primavera Fund, a non-profit dedicated to helping young musicians realize their potential.

"I remember getting a phone call one day in August from my violin teacher, Jerome Wigler, urging me to take the audition for the PYO Music Institute, which was less than a week away. At eleven years old, I had already heard of Joseph Primavera and knew that the PYO was the best youth orchestra in Philadelphia, so naturally, I was terrified. That Saturday, Primavera told me to come back the following year, but after I had left the room, he called me back in with my parents and explained to them that he wanted me in the orchestra, but that it was a tour year, and that in order for me to be allowed to go on the tour, one of them would have to also go to Germany the following summer. My parents immediately agreed and my six years with the PYO began the following Saturday.

My first rehearsal was the Prokofiev Romeo and Juliet suite. Up until that morning I had only ever played in string orchestra, and I had never heard anything as impressively, earth shatteringly powerful as the opening of The Montagues and the Capulets. I was seated last seat in the second violins, directly in front of the suspended cymbal and about four feet to the right of the French Horns. As we began, I was completely overwhelmed, and as tears welled up in my eyes, I knew that this was exactly what I wanted to do with my life. That feeling was reinforced every Saturday by Joseph Primavera.

I was able to perform on three different tours while a student in the PYO. Traveling at such a young age is a privilege that few other activities can offer, and Primavera expected us to make him proud and to show the best qualities of the USA while abroad. He taught us to be citizens of the world. As an adult, I have worked in two countries in Europe as well as at home, and have always felt comfortable. I credit the PYO with this.

Participation in the PYO was about so much more than learning the repertoire and honing one's skills on their instrument. It was about being a member of a community and about being responsible for your peers. Learning this in the context of some of the world's greatest works of art is an honor and a privilege and I wouldn't trade one second of it for any other experience.

I am so happy to see what our PYO has grown into in the past several years. The opportunities offered through the various programs are truly unique in the USA and I know that every kid who participates in them will gain integrity through music, regardless of where their paths lead them in life. This was Joseph Primavera's ultimate goal, and he would be overjoyed to see how many people are in the family today."