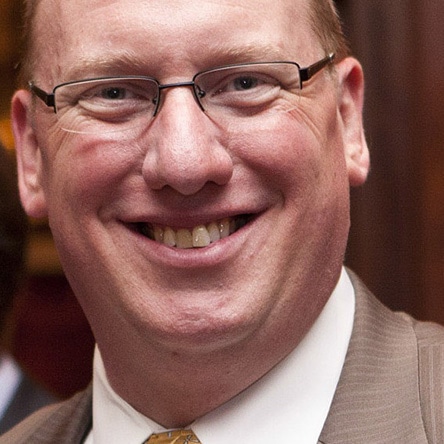 Michael Brookshire grew up in the Hatboro area and graduated from Upper Moreland High School in 1990. He spent his free time throughout high school pursing his first love in life—music—and became a member of the PYO Music Institute in 1989.

Michael distinctly remembers his first rehearsal under Maestro Primavera and reminisces about the pleasure of performing with the region’s top youth ensemble. The impact PYO would have on his life was not yet known. Maestro Primavera proved to be the impetus to Michael’s attending Michigan State University. Michael continued his music performance career at Michigan State University where he earned a BA in English Lit with an emphasis on Dramatic Literature. After four years with the Lansing Symphony Orchestra and the Mid-Michigan Opera Company, he moved to Baton Rouge, Louisiana to take up residence as an Education Director and Resident Production Manager at a theater company.

While in Baton Rouge, Michael ran an arts education company until 2000 before pursuing a career as an investment advisor. In November of 2008, Michael joined TD Bank and is currently a relationship manager running the Willow Grove location. Michael credits the rigors of his training at PYO in large part for his success as a classical percussionist and music educator for—what would be—the next 10 years. “My training with PYO and Maestro Primavera prepared me for much more than being a musician, the experience taught me the discipline to be a success within a larger group, to be a team player. I carry those lessons into my business with me every day.”

Michael is excited to be engaging with the newly emerging PYO Alumni Association and hopes to reconnect with more of his fellow PYO Alumni both in and outside of the Arts community. Alumni are encouraged to connect with Michael Brookshire via email:   Michael.a.brookshire@gmail.com or LinkedIn.