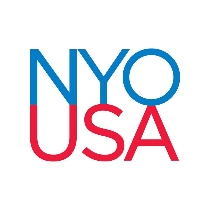 The 114 total members of the 2015 NYO-USA — who fall within the ages of 16-19 and hail from 37 different states — will perform nine concerts in the United States and abroad in July 2015, including the famed stage of Carnegie Hall and a historic first visit to China.

Louis Scaglione, President and Music Director of the PYO organization, is extremely proud of these talented young musicians. “We are thrilled that Sein, Markus, Jason, and Samuel have been selected amongst the finest young musicians in America for this year’s National Youth Orchestra,” he said. “They are each stars on their own and being included in this prestigious group will ensure they have a very bright future in their chosen careers. We congratulate them all.”

The players will travel to New York in late June to begin an intensive two-week training residency on the campus of Purchase College, State University of New York, working with principal players from some of the country’s finest professional orchestras. These remarkable teenagers will then embark on a tour to some of the great music capitals of the world while serving as dynamic musical ambassadors. Their visit to China has been designated by the respective countries as one of only four Cultural Pillars of the Consultation on People to People Exchange (CPE) between the United States and China.

Led by acclaimed conductor Charles Dutoit, the 2015 tour will kick off at the Performing Arts Center in Purchase, NY (July 10), followed by Carnegie Hall in New York City (July 11), a performance to be heard by music lovers worldwide via the Carnegie Hall Live broadcast and digital series, created in partnership with WQXR and distributed nationally by WFMT Radio Network. The tour then moves to China with appearances at the National Centre for the Performing Arts in Beijing (July 15); Shanghai Oriental Art Center (July 17); Suzhou Cultural and Arts Centre (July 19); Xi’an Concert Hall (July 21); Shenzhen Concert Hall (July 23); Xinghai Concert Hall in Guangzhou (July 24); and culminating at the Hong Kong Cultural Centre (July 26).

The orchestra’s concert program will include the premiere of a new work from award-winning Chinese composer Tan Dun, commissioned by Carnegie Hall for NYO-USA, as well as Beethoven’s Piano Concerto No. 5 (“Emperor”) with guest soloist YUNDI; and Berlioz’s Symphonie fantastique.