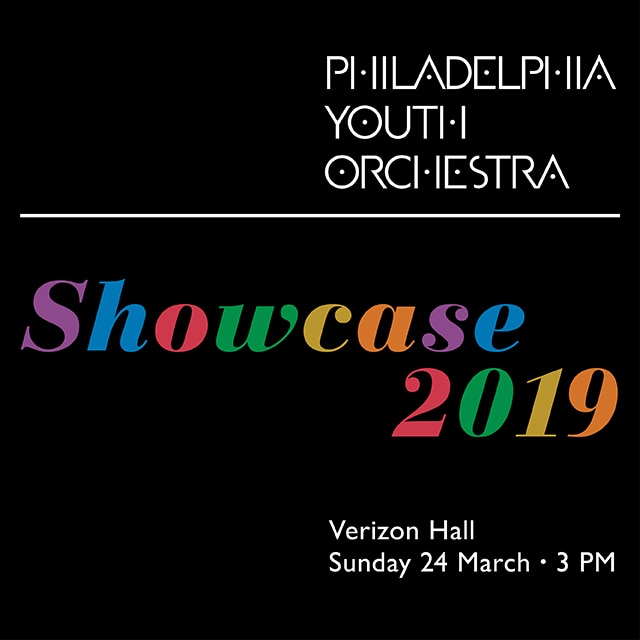 The highly acclaimed PYO Music Institute (PYO), now in it’s 79th season, will showcase all six program ensemble divisions on Sunday, March 24, 2019 at 3 p.m. in Verizon Hall of The Kimmel Center for the Performing Arts. WRTI 90.1 broadcaster and media veteran Kevin Gordon will host the program, where each ensemble will individually perform. Tune Up Philly, a program division of the PYO Music Institute will also perform at 1:45 p.m. on the Kimmel Center Plaza Stage.  Tickets range from $20 to $30 and can be purchased through Ticket Philadelphia at 215.893.1999

PYO President and Music Director Louis Scaglione has been working with the students all year, to polish their craft for this performance. He said, “It is my distinct honor and pleasure to present this yearly event. Our student musicians have prepared diligently for this special concert and, I know, their family, friends and our audience will be very pleased with their talent and commitment to classical music.”

Here is the music program and description of each PYO ensemble in the order of the presentation:

Rossini: Overture to The Barber of Seville
Dvořák:  Slavonic Dance No. 1, Op. 46

PYAO, under the direction of Rosalind Erwin, who is also Music Director and Conductor of the Drexel University Orchestra, challenges students ages 12 – 18 through sophisticated symphonic repertoire and musical discipline.

Tune Up Philly, PYO’s after-school music education program throughout the city of Philadelphia, is directed by Paul Smith and focuses on creating and inspiring true community change by providing children with invaluable opportunities to learn and perform orchestral instruments.

Under the direction of Paul Bryan, who is also Dean of Faculty and Students at the Curtis Institute of Music, Bravo Brass offers the highest level of individual and ensemble training for accomplished young brass musicians in the area.

PYO, under the direction of Maestro Louis Scaglione, is the most senior level and advanced orchestral ensemble of the PYO organization and features 120 gifted young instrumentalists who range in age from 14 – 21

Kevin Gordon is a classical music host on WRTI 90.1 in Philadelphia. He can be heard on the radio every weekday from 2 to 6 PM, and as host of live, in-studio broadcasts from the WRTI Performance Studio. A veteran broadcaster, Kevin garnered a wealth of experience in radio before taking the weekday classical host position at WRTI. He served as host on the classical music station WQXR in NYC for 15 years, on Classical South Florida WKCP in Miami, and on WINS, NBC News, and the RKO Radio Network, all in New York.

When he’s not on the air, Kevin enjoys a prominent career as a fine artist and portrait painter with works on display at numerous universities — including Columbia, Dartmouth, and the University of Michigan — and at hospitals and private collections throughout the country. His illustrations appear in books of all types, including his own best-selling, The Good Cigar.

WRTI 90.1 is a member-supported classical and jazz public radio station in Philadelphia with 14 frequencies serving listeners in PA, NJ, and DE, online at WRTI.org, and on the WRTI moblie app.