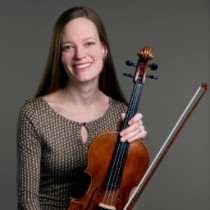 PHILADELPHIA, PA (January 21, 2016) — The PYO Music Institute (PYO) will perform its winter concert on Sunday, February 21, 2016 at 3 p.m. with one of its prestigious alumni, the Philadelphia Orchestra’s Assistant Principal Violist Kerri Ryan. Conducted by Maestro Louis Scaglione, President and Music Director of PYO, it will take place at Verizon Hall in the Kimmel Center, 300 S. Broad Street in Philadelphia. The talented young musicians of PYO, ages 16–21, will perform Berlioz’s Harold en Italie and Shostakovich’s Symphony No. 5 in D Minor, Op. 47.

Maestro Scaglione enjoys the opportunity to invite esteemed alumni to serve as guest artists in the PYO concerts. Scaglione said, “Kerri has been a role model for our students since she returned to Philadelphia to join The Philadelphia Orchestra, and we greatly appreciate her guest appearance and mentorship to our students. They see their potential through her and other alumni.” Ryan is always pleased to support PYO and said recently, “Being a member of the PYO Music Institute not only taught me important orchestral skills, but more importantly it taught me life skills. It prepared me for my life today as a professional musician. Every Saturday as a high school student, PYO was an affirming experience. It was motivating and reassuring to be around other students who were as obsessed with music as I was.”

Ryan joined The Philadelphia Orchestra at the beginning of the 2007-08 season. She came to Philadelphia from the Minnesota Orchestra, where she was assistant principal viola for seven seasons. Following her graduation from the Curtis Institute of Music in 1998 she served as associate concertmaster of the Charleston Symphony. Ms. Ryan and her husband, violinist William Polk, are founding members of the award-winning Minneapolis Quartet. In Philadelphia, while pursuing a violin performance degree at Curtis, Ms. Ryan began studying viola with Karen Tuttle. Ms. Ryan also studied at the Cleveland Institute of Music as a member of its Young Artist Program. Her violin teachers include Lee Snyder, Jascha Brodsky, Rafael Druian, and Arnold Steinhardt. She had many influential experiences as a young musician including her participation as a member of the PYO Music Institute from 1989 to 1993.

About the PYO Music Institute:

Now in its 76th year, the renowned PYO Music Institute organization, led by President and Music Director Louis Scaglione, is one of the nation’s oldest and most respected community music education and youth orchestra performance programs, providing talented young musicians from across the tri-state area with exceptional musical training. Students go on to excel in many diverse fields and it is with pride that PYO notes that many members of the prestigious Philadelphia Orchestra are alumni.  The organization is comprised of five independent ensembles designed to meet specific needs and experience levels of students selected through a competitive audition process. The anchor group is the PYO Music Institute (PYO) ensemble, conducted by President and Music Director Louis Scaglione, featuring 125 gifted instrumentalists who range in age from 14-21. Young musicians 10-18 years old are featured in the PYO’s companion ensemble, the Philadelphia Young Artists Orchestra, which is led by Director and Conductor Maestra Rosalind Erwin. Bravo Brass, directed by Curtis Institute Dean of Faculty and Students, Paul Bryan, is an all brass ensemble for promising high-school instrumentalists. PRYSM (Philadelphia Region Youth String Music) and PRYSM Young Artists ensembles provide string ensemble and sectional master class instruction for beginning and intermediate musicians ages 6-14. The director and conductor of PRYSM is Gloria DePasquale, cellist with The Philadelphia Orchestra and conductor of PRSYM Young Artists is Jessica Villante. Tune Up Philly (TUP) is the organization’s after-school program, directed by Paul Smith, that offers musical instruments and instruction to children in economically challenged areas of Philadelphia.  www.pyos.org.