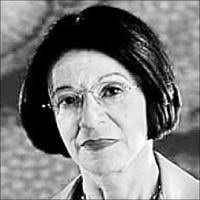 Dr. Rappaport had a life-long appreciation for music.  As a child, she played the violin and, as an adult, she played the piano.  As a scientist and woman, the challenges she set for herself could not have been higher.  She was the first woman hired as a scientist by Wyeth Laboratories and whose research contributed to the development of vaccines for a host of illnesses.  She died at age 83.  Dr. Rappaport valued truth, precision, elegance, and excellence in her own scientific endeavors, her participation in the arts, and in the causes she supported.  As she did not have any immediate family, she chose to give her entire estate to several non-profit and charitable organizations including the PYO Music Institute.

In a letter from Dr. Larry Shoer, a cousin of Dr. Rappaport, he said, “In Ruth's will, she expressly indicated her intention to give a significant gift to the Philadelphia Youth Orchestra. She said, ‘... to THE PHILADELPHIA YOUTH ORCHESTRA… to be held as the LINDA FAITH SHOER ENDOWMENT…to fund Tune Up Philly… that provides after school music lessons and ensemble performance experience to students ages 6-14 in under-resourced communities throughout the City of Philadelphia and environs. In addition to music lessons, annual net income may also be used for the purchase and maintenance of instruments, procurement of music and related classroom supplies as needed.’”

Tune Up Philly offers a differentiated musical curriculum that was created to meet the specific needs of students living in challenging social and economic conditions, with a focus on effecting meaningful community change. The program offers children in underserved communities an opportunity to learn and perform orchestral music and make a true difference within their communities, both through the use of music and through a purposeful connection with others.

For more information on making a planned gift to the PYO Music Institute, please contact Danielle Johnson, Development Director, at djohnson@pyomusic.org or 2145-545-0502.

Our new name conveys the breadth and depth of our programs and the impact we are having on more students in more ways than ever.  We are excited about this change as we believe it is a much better description of our organization, with the potential of continued growth and expansion into the future.