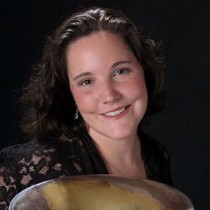 PHILADELPHIA, PA (October 22, 2015) — The talented young musicians of the PYO Music Institute (PYO) present their first concert this season in Verizon Hall at The Kimmel Center conducted by PYO President and Music Director Louis Scaglione. The special guest for this concert is Jennifer Montone, Principal Horn of The Philadelphia Orchestra. The program takes place on Sunday, November 22, at 3 p.m.

With 125 talented musicians, age 14 to 21, the orchestra will open the program with Strauss' playful and mischievous tone poem, Till Eulenspiegels lustige Streiche, and concludes with Brahms' Second Symphony. Montone will be featured in Reinhold Glière's virtuosic Concerto for Horn and Orchestra.

Jennifer Montone has been the principal horn player for The Philadelphia Orchestra since 2006. It was that year when she was awarded the prestigious Avery Fisher Career Grant. Montone is currently on the faculty at the Curtis Institute of Music, the Juilliard School, and Temple University. Like students of PYO, she was a serious student musician and studied with Edwin Thayer, principal horn of the National Symphony, as a fellow in the Symphony’s Youth Fellowship Program. She is a graduate of the Juilliard School, where she studied with Julie Landsman, principal horn of the Metropolitan Opera. An outstanding role model for the students, she has had a most impressive award-winning career.

Throughout the year, hundreds of gifted classical music students participate in the various programs PYO Music Institute organization. Scaglione, who is in his 19th season with PYO, looks forward to this concert in Verizon Hall. He said recently, “It is very rewarding to work with our students, who are driven to perform at their best. The students in this year’s orchestra are outstanding young musicians who are honored to perform with Jennifer Montone in Verizon Hall. It’s an experience they’ll cherish throughout their lives.”

About the PYO Music Institute:
Now in its 76th year, the renowned PYO Music Institute organization, led by President and Music Director Louis Scaglione, is one of the nation’s oldest and most respected community music education and youth orchestra performance programs, providing talented young musicians from across the tri-state area with exceptional musical training. Students go on to excel in many diverse fields and it is with pride that PYO notes that many members of the prestigious Philadelphia Orchestra are alumni.  The organization is comprised of five independent ensembles designed to meet specific needs and experience levels of students selected through a competitive audition process. The anchor group is the PYO Music Institute (PYO) ensemble, conducted by President and Music Director Louis Scaglione, featuring 125 gifted instrumentalists who range in age from 14-21. Young musicians 10-18 years old are featured in the PYO’s companion ensemble, the Philadelphia Young Artists Orchestra, which is led by Director and Conductor Maestra Rosalind Erwin. Bravo Brass, directed by Curtis Institute Dean of Faculty and Students, Paul Bryan, is an all brass ensemble for promising high-school instrumentalists. PRYSM (Philadelphia Region Youth String Music) and PRYSM Young Artists ensembles provide string ensemble and sectional master class instruction for beginning and intermediate musicians ages 6-17. The director and conductor of PRYSM is Gloria DePasquale, cellist with The Philadelphia Orchestra and conductor of PRSYM Young Artists is Jessica Villante. Tune Up Philly (TUP) is the organization’s after-school program, directed by Paul Smith, that offers musical instruments and instruction to children in economically challenged areas of Philadelphia.  www.pyos.org.