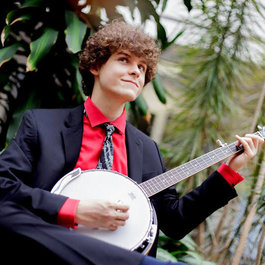 The PYO Music Institute (PYO) has named the winners of its inaugural Young Composers Competition, which called for composers ages 18 to 22 to submit original orchestra scores. The winners were selected by PYO’s music director, Maestro Louis Scaglione, and the director of the Young Composers Competition, Sheridan Seyfried, who is a Philadelphia-based composer, and a PYO alumnus as well as a graduate of The Curtis Institute of Music where he studied with Richard Danielpour, Jennifer Higdon and Ned Rorem.
100 mg of Nizagara
Bringing an important focus on the art of composition for symphony orchestra, PYO is pleased to have received such a great turnout for this inaugural competition. Scaglione said, “We place great value on original and creative composition and with our Young Composers Competition, we hope to encourage more students to delve into composing original music for the symphony orchestra genre. We have seen PYO students continue their careers as successful composers, and we hope this leads to more opportunities for individuals with the potential of becoming future great music composers.”

The second-place winner is Christopher Lazzaro and his composition, “Epic, an Orchestral Sketch”. He will receive a cash prize of $1,000 and PYO will perform a reading and recording of his composition.

The third place winner is Austin Ali for his composition, “Ostinato”. He will receive a cash prize of $500.

Alan Mackwell, a New Zealander-American, began his music career in the third grade through piano lessons. Alan began writing orchestral music in the eighth grade after being accepted to the American Festival of the Arts’ Composer’s Institute, where two of his pieces were performed. In 2014, he was one of the fifteen composers world-wide to attend the Interlochen Summer Arts Program for music composition, and wrote for the World Youth Symphony Orchestra conducted by Jung-Ho Pak. He was selected in 2015 to attend the prestigious Boston Conservatory High School Composition Intensive. Alan is a three-time winner of the Texas Young Composer's Competition, placing 2nd in 2015 and 2016. He is currently pursuing a BM in Music Composition at the Boston Conservatory of Music.

Christopher Lazzaro is an undergraduate sophomore currently studying music composition at Temple University, and has been composing actively for four years (plus an additional four prior to receiving any formal training in the craft).  Instructors have included Maurice Wright, Jan Krzywicki, and Larry Lipkis.  His music has drawn inspiration from the Impressionist composers, orchestral soundtracks, and various folk styles.  He is also a violinist and pianist, and aspires to become a soundtrack composer within the video game industry to supplement his pursuits as a classical composer.

Austin Ali is a nationally acclaimed trumpeter and composer from Dallas, TX. Throughout his career, Austin has played lead trumpet in many ensembles. His compositions have been on display at the Dallas Museum of Art and have been played by numerous school bands and orchestras. His work “Full Volume” for trombone choir is scheduled to be performed by the University of Texas Trombone Choir in April 2017.  Austin has also earned various state, national, and international awards for composition and is currently in his first year at the University of Texas at Austin in the B.M. Music Composition and B.A.