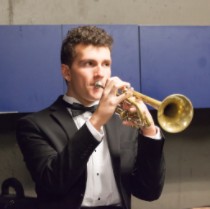 The accomplished young musicians of the PYO Music Institute ensembles will provide concertgoers with a welcome respite from the winter doldrums through three heartwarming and soul-stirring performances throughout the Greater Philadelphia region during the month of February. PYO, now celebrating its 75th Anniversary season, is pleased to present these performances by PRYSM, the flagship PYO Music Institute, and the Philadelphia Young Artists Orchestra, each of which feature a varied repertoire of musical compositions that will inspire audiences of all ages.

The talented string musicians in PYO Music Institute’s PRYSM (Philadelphia Region Youth String Music) and PRYSM-YA (PRYSM Young Artists) are showcased at their winter concert on Saturday, February 6, 2016 at 3 p.m. It will be held in Centennial Hall at the Haverford School in Haverford, PA.  General admission tickets are $15. For information, call 215-545-0502.

The PYO Music Institute (PYO) will perform its winter concert on Sunday, February 21, 2016 at 3 p.m. with one of its prestigious alumni, the Philadelphia Orchestra’s Assistant Principal Violist Kerri Ryan. Conducted by Maestro Louis Scaglione, President and Music Director of PYO, it will take place at Verizon Hall in the Kimmel Center, 300 S. Broad Street in Philadelphia. The talented young musicians of PYO, ages 16–21, will perform Berlioz’s Harold en Italie and Shostakovich’s Symphony No. 5 in D Minor, Op. 47.

The Philadelphia Young Artists Orchestra (PYAO), conducted by Maestra Rosalind Erwin, is pleased to present the Annual Benefit Concert for Youth Work Foundation on Sunday, February 28, 2016 at 3 p.m. at the Union League, 140 S. Broad Street in Philadelphia. The Youth Work Foundation is a charitable organization established by the Union League in 1946 to recognize outstanding student citizens, educate high school students about the Constitution and encourage civic leadership and engagement.  Tickets are $20 general admission; children 14 and under free admission. For information, call 215-545-0502.