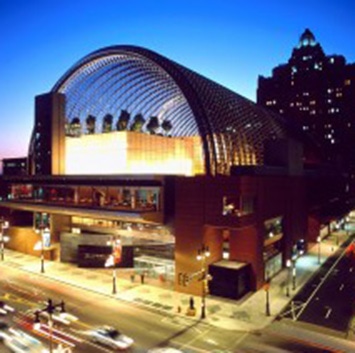 On June 1, 2014, the musicians of the PYO Music Institute presented the third and final performance at the Kimmel Center in celebration of its 74th Anniversary Season.  Led by Maestro Louis Scaglione, PYO performed Britten’s “Four Sea Interludes” from his haunting opera, Peter Grimes.  The orchestra welcomed mezzo soprano Chrystal E. Williams to the stage in a performance of Elgar’s Sea Pictures, an elegant musical portrayal of the sea that was during his time, Elgar’s second most popular work.  The performance concluded with Holst’s The Planets, a musical odyssey through our solar system depicting the planets through Holst’s lush orchestrations.

The Ovation Award for Inspiration and Outstanding Leadership in Music Education honors an outstanding music teacher in the Delaware Valley Region who, while imparting musical knowledge, builds character, self-confidence and capabilities that position students for success in every aspect of their lives.  It is presented an endowed by H.E.L.P. ® Foundation and sponsored by Jacobs Music Company, J.W. Pepper and WRTI-90.1 FM.