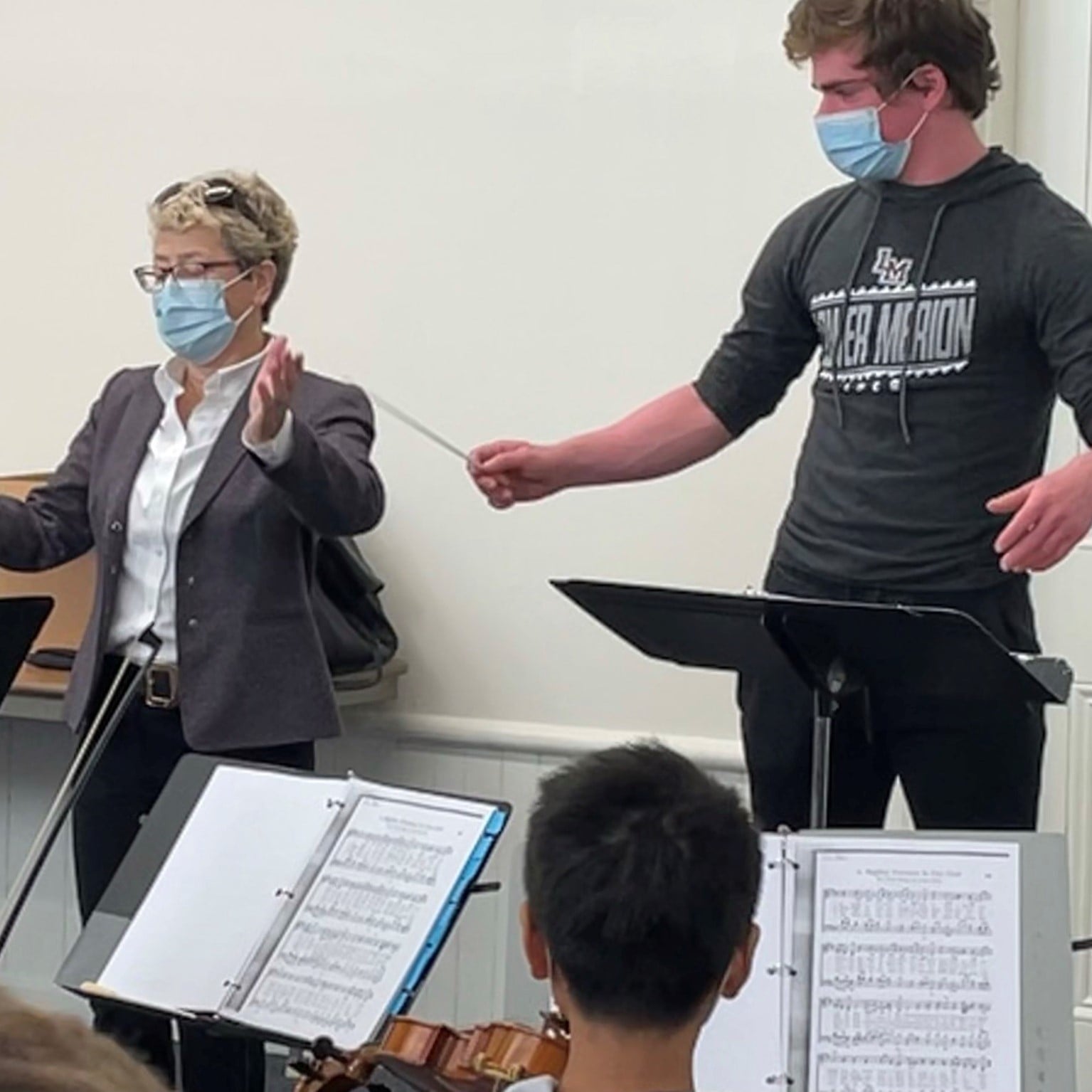 Philadelphia, PA (November 13, 2021) – Why should a young musician also understand the art of conducting? To Maestro Rosalind Erwin, Director and Conductor of Philadelphia Young Artists Orchestra, an ensemble of Philadelphia Youth Orchestra Music Institute (PYOMI), the answer is very clear. She explained, “I have found the act of allowing young players to stand on the podium for even a brief amount of time initiates a glimmer of understanding as to what this very difficult art form is all about. The ensemble ultimately watches better during performance and learns much more.” With this in mind, Maestro Louis Scaglione, President and Music Director of PYOMI, gave her full reign to create this program.

This fall, Erwin launched her first Introduction to Conducting Class for music students 11 to 18 years of age who are participants in varied ensembles of PYOMI. The classes are offered on Saturdays and Sundays after or before rehearsals for one of three PYOMI ensembles – Young Musicians Debut Orchestra (YMDO for ages 11 to 17), PYAO (for ages 13 to 18) and Philadelphia Youth Orchestra (PYO for ages 15 to 21).

Erwin, who is the Director and Conductor of the Drexel University Orchestra, has taught conducting classes for years, but usually on the college level. She explains the reasoning behind starting at a young age.

She said, “The objective of this course is to help create more informed and better prepared young musicians, not to create a new generation of maestros. Should this initiate the desire in certain students to pursue the craft, terrific. But the objective is to demystify and make more accessible the art form of conducting and show via example the necessity for players to develop stable rhythm and accurate counting when playing in a large ensemble. Students learn how a conductor is, at the very least, responsible for the integral components of western orchestral music.”

Scaglione praised Erwin’s efforts and is very pleased with the student and family responses.

“When Roz shared her plans for this conducting class, I encouraged her to move forward. As a conductor myself, I appreciate that students will understand in a personal way why following their leader is so important and what goes behind the art of conducting. I applaud Roz and the students and parents who are so enthusiastic about this.”

“As a frequent guest conductor for many educational music festivals,” Erwin continued, “I find it to be such a benefit for young musicians to understand that the gestures given by a conductor via the baton have meaning and should elicit a specific response. In addition, they realize this activity is far more difficult than it looks on the surface. To be an effective conductor, one must first develop as a good musician.”

Pleased with the results already, she added, “I am experiencing most of the 16 PYAO participants watching me more carefully and paying greater attention to what I say to the orchestra. This is a win for the program and a big step forward for PYOMI ancillary offerings.”

Introduction to Conducting II, which will take place in the spring, will expand upon the ideas presented in this first course and will introduce compound meter, mixed meter, how to conduct off-beats, etc. Musical examples will include works by Tchaikovsky, Stravinsky, and Aaron Copland.

« Announcing Lydia Ogden as New Chair of Board of Trustees