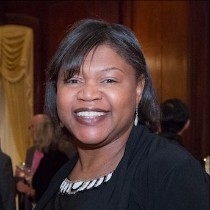 Denise M. Valmé-Lundy, Esq. Appointed to PYO Board of Trustees

PHILADELPHIA, PA (October 18, 2015) – The PYO Music Institute (PYO) is pleased to announce that Denise M. Valmé-Lundy, Esq. has been named a new trustee of the board. Valmé-Lundy, a Burlington County, NJ resident, has years of experience with PYO as the parent of a dedicated student musician.

Valmé-Lundy is an ajudicator for the Family Court of the City New York. Eight years prior to this she was a successful litigator, practicing law in various fields: Housing Law, Family Law and Matrimonial Law. She is proud to have been the recipient of the 2015 Award for Excellence from Sanctuary for Families’ Center - Courtroom Advocate Project.

Valmé-Lundy said recently, “I am deeply honored and truly happy to be named a trustee on this prestigious board. As a proud parent of a PYO student, I know that it has opened a window of endless possibilities for my son. As a trustee, I hope to bring classical music to every community particularly those communities which have limited exposure to that genre of music such as the Haitian/Haitian-American community both my parents are Haitian and I am very proud to be of Haitian descent.”

Maestro Louis Scaglione, President and Music Director of PYO shared his appreciation of Valmé-Lundy and said, “We welcome Denise to our board and are pleased because she brings great expertise to this position, not only as an attorney but as a dedicated parent to one of our outstanding students, trombonist Ehren Valmé. We look forward to work with Denise for many years to come.”

About the PYO Music Institute:
Now in its 76th year, the renowned PYO Music Institute organization, led by President and Music Director Louis Scaglione, is one of the nation’s oldest and most respected community music education and youth orchestra performance programs, providing talented young musicians from across the tri-state area with exceptional musical training. Students go on to excel in many diverse fields and it is with pride that PYO notes that many members of the prestigious Philadelphia Orchestra are alumni.  The organization is comprised of five independent ensembles designed to meet specific needs and experience levels of students selected through a competitive audition process. The anchor group is the PYO Music Institute (PYO) ensemble, conducted by President and Music Director Louis Scaglione, featuring 125 gifted instrumentalists who range in age from 14-21. Young musicians 10-18 years old are featured in the PYO’s companion ensemble, the Philadelphia Young Artists Orchestra, which is led by Director and Conductor Maestra Rosalind Erwin. Bravo Brass, directed by Curtis Institute Dean of Faculty and Students, Paul Bryan, is an all brass ensemble for promising high-school instrumentalists. PRYSM (Philadelphia Region Youth String Music) and PRYSM Young Artists ensembles provide string ensemble and sectional master class instruction for beginning and intermediate musicians ages 6-14. The director and conductor of PRYSM is Gloria DePasquale, cellist with The Philadelphia Orchestra and conductor of PRSYM Young Artists is Jessica Villante. Tune Up Philly is the organization’s after-school program, directed by Paul Smith, that offers musical instruments and instruction to children in economically challenged areas of Philadelphia.  www.pyos.org.