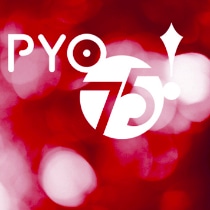 Celebrate the Holidays with PYO

The talented young musicians associated with PYO Music Institute (PYO) will be performing a variety of holiday music to deck the halls and inspire concertgoers with the Christmas spirit.  Collaborating with two highly accomplished youth choruses, the Bravo Brass ensemble of PYO and Philadelphia Young Artists Orchestra (PYAO) members will be performing throughout the region. The PYAO performance is highlighted by a special appearance by 6abc’s Action News anchor Rick Williams who will narrate ‘Twas the Night Before Christmas at their concert on December 21 at 3 p.m. at the Upper Darby Performing Arts Center.

Here is a listing of the Bravo Brass and PYAO concerts:

On Saturday, December 20, 2014 at 7:30 p.m., Bravo Brass will perform in Center City Philadelphia at Saint Mark’s Church, 1625 Locust Street. The concert will again feature the Pinkham and Rutter compositions as well as works of Richard Strauss and Darin Kelly and will conclude with a festive audience sing-along.

On Sunday, December 21, 2014, at 3 p.m., PYAO will have the unique opportunity of collaborating with Upper Darby High School's Concert Choir and Encore Singers as they celebrate the holiday season. Conducted by PYAO music director, Maestro Rosalind Erwin, it will take place at the Upper Darby Performing Arts Center, located at 601 N. Lansdowne Avenue, Drexel Hill, PA. It is at this concert that 6abc Action News anchor Rick Williams will make a special guest appearance to narrate the well-known children's story 'Twas the Night Before Christmas set to music. The musical lineup for this concert includes Corelli’s Concerto Grosso, Op. 6, No. 8 – “Christmas Concerto,” which was published in 1714, excerpts from Handel’s Messiah, composed based on the scriptures from King James Bible and Psalms from The Book of Common Prayer, excerpts from Tchaikovsky’s cherished Nutcracker Ballet Suite, and Bass’ Christmas Flourish, an arrangement of famous Christmas carols.  Tickets are available for $10/general admission; $5/student (ages 7–17) and seniors, and can be purchased at the door.