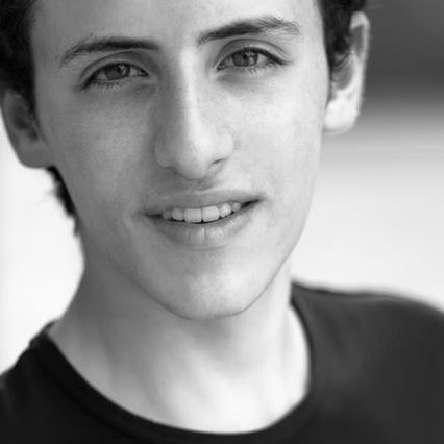 My journey with the PYO Music Institute organization began in the fall of 2007, when I nervously auditioned for the man who would become one of my most inspirational music mentors, William dePasquale. At the age of 11, my successful audition for PRYSM (my favorite ensemble and one for which I would be quite thankful for in years to come) marked the beginning of an incredible musical education experience in the PYO organization. I would look forward to each and every Friday night rehearsal with great excitement; anticipating set up, weekly sectionals, rehearsals that demanded nothing less than perfection (and to quote Mr. D... “ I want sound damnit!’), and just plain musical fun with peers from the tri-state area. What I have come to realize was that all these teachers and mentors — the dePasquales, Rick Touhill, and all the various coaches — were preparing me for the rigors of life. Mr. and Mrs. D took such pride in presenting our concerts and never hesitated to cut a piece from the program at the last minute if we weren’t ready. A lesson in what it means to demand excellence, certainly. The years I spent under the baton of Mr. D were invaluable — three years in PRYSM, plus some later time with him as a coach and teacher. As I moved on to PYAO in 2008, I had the wonderful opportunity to work with Maestro Tim Fawkes. His musical interpretations and connection with the students was memorable. He would frequently read profound passages to the orchestra at the end of rehearsal leaving us all with a message. (I spent three total years in PYAO, with the first two years overlapping with the second and third years of PRYSM). In 2010, I was fortunate enough to work with another wonderful conductor in PYAO, Geoffrey McDonald, whose musicality and conducting served as an inspiration for me not only to continue to compose but to begin learning to conduct. In 2011, I ﬁnally reached the top of the organization... the coveted PYO. I had a taste of what to expect having worked with Maestro Scaglione during several sessions he had guest-conducted of PRYSM, two summers at the Luzerne Music Center in the Adirondacks (where I also studied conducting with him), and one year in PYAO (2009-10). It was demanding, exhausting, abrasive, though often very entertaining with goal of reaching the pinnacle of musical excellence. It worked for me. My seven years in the PYO Music Institute Organization was clearly ‘instrumental' in preparing me for my future musical and academic pursuits, and for this, I will always be grateful.

PYO-alumnus, violist, and composer Chason Goldfinger, a New York-based native of Philadelphia, currently studies composition with Dr. Robert Beaser at the Juilliard School, as part of the highly selective exchange program between Juilliard and Columbia University, where he is pursuing neuroscience. His works and commissions have been performed across the United States and Europe, and he has been featured on NPR’s From the Top, Chicago WFMT’s Introductions, WWFM “The Classical Network”, and CBS affiliate KYW in Philadelphia. Chason still performs frequently on viola, having studied with Sarah Sutton and currently serving as principal violist of the Columbia University Orchestra, and the Director of Outreach and New Music for the Columbia Classical Performers. Chason is also a radio programmer, host, and frequent interviewer for WKCR-FM in New York. For more information, please visit  www.chasongoldfinger.com.